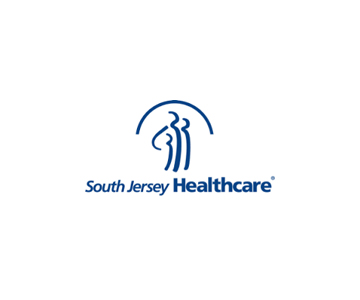 South Jersey Healthcare (SJHC) is a charitable nonprofit health care organization. SJHC has been serving its community in Southern New Jersey for 15 years as the leading healthcare provider, although it traces its roots to 1898 when Bridgeton Hospital opened its doors.

SJHC comprises three hospitals, several multi-specialty health centers, a comprehensive cancer center and a total of more than 100 locations. They have rehabilitation center and multiple specialty centers which carry out urgent care operations like outpatient imaging, cardiac testing, sleeping disorder and its cure and medicines and many more practices in Gloucester, Cumberland, Salem and Camden counties.

SJHC had a manual process for their Capital and Operational Expense Request management system. These requests were manually entered in paper forms and then a data entry of these forms were performed in Excel workbooks at various stages in the process. This made the periodic reporting tedious and very critical for forecasting funds and expenditures in SJHC. With nearly 1,000 requests a year, this paper-based system could not help getting the user an instant access and accurate information about the request being processed.

Moreover, with the advancement and availability of newer SharePoint versions, 2010 and 2013, SJHC wanted to have their environments upgraded.

- A custom solution for

- A SharePoint workflow to manage their budget approvals for each stage.

- A dashboard for the ease of access of the users

- A custom progress bar to know the stage of the request 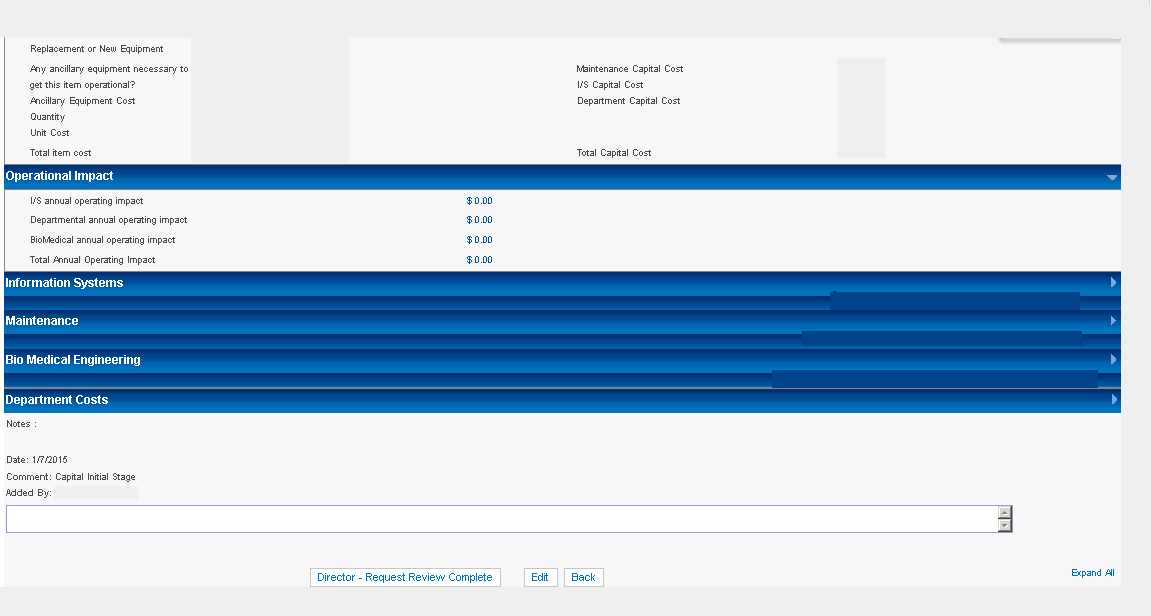 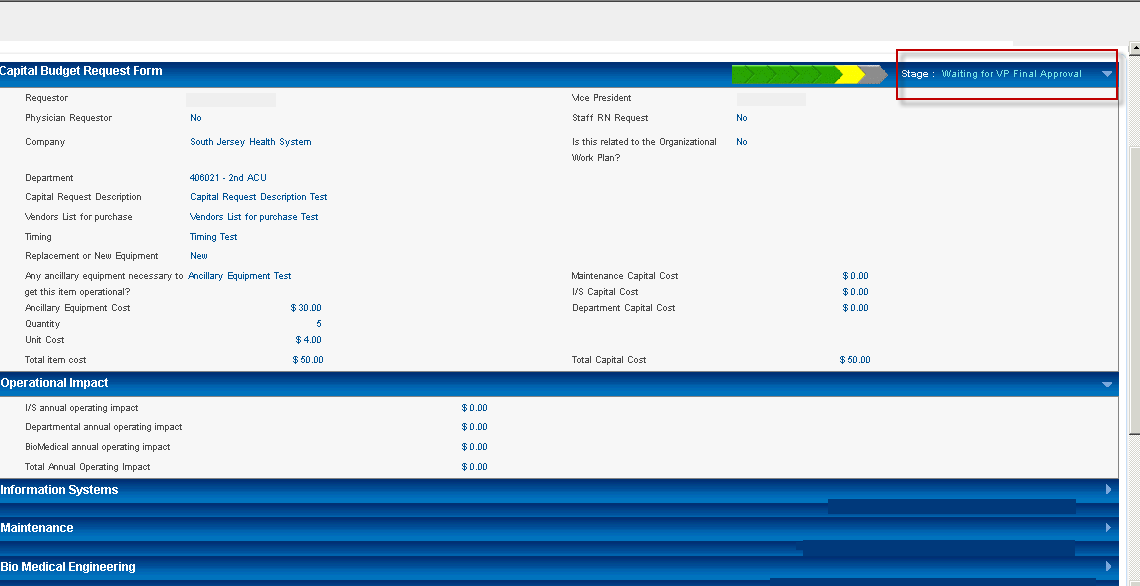 SJHC had their existing environment on MOSS 2007 platform.

Now, with the requirement of automating Capital and Operational Expense Request process, it was decided to develop a custom solution, automating the whole financial process using MOSS 2007 and Microsoft Visual Studio.

This custom solution contained application pages, event receivers, branding files like css, jquery, and state-machine workflows for each of the financial process.

As each of these financial processes had several stages, and required to have back-and-forth approach, a state-machine workflow was developed. This workflow would manage their budget approvals for each stage. As soon as a request for budget approval is created, it moves to next steps on the basis of approvals until it reaches to final approval stage. On each stage, the request can either be approved or sent back to previous stage for corrections. So, the workflows were developed for Capital Expense request and Operational Expense request.

Along with this, a dashboard was created for the users to know the tasks pending and their stage of the task. Adding, there was a custom progress bar developed which would display the stage of the workflow in terms of progress.

With the release of SharePoint 2010, SJHC wanted a migration to be performed for their existing MOSS 2007 environment, in order to have the latest technology of Microsoft SharePoint 2010 along with its new features. This was performed using content database migration approach. Adding, there were few upgrades made in the custom solution, thus, enhancing the functionalities of the financial process, with the new SharePoint 2010.

- Automating the processes from endpoints helped SJHC to save time and a significant cost, spent on document management. Along with this, a much more
accurate system of real-time reporting of financial data helped SJHC streamline their whole process.

- With dashboards, notifications and search, users could now navigate through requests efficiently and quickly.

- Visual representation of the data in real-time with the progress bar helped SJHC users know the request stage easily and quickly.